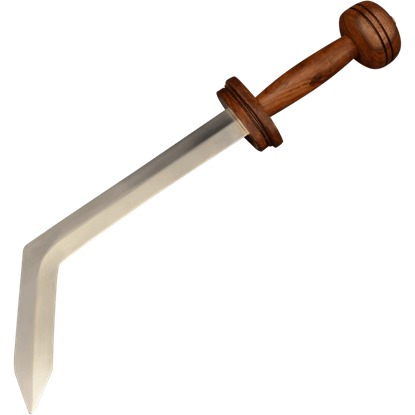 Item # AH-4234
The gladiators of ancient Rome utilized a myriad of different tactical and deadly weapons during battle. One such weapon is the Sica Sword, with a sharply curved blade that gave these warriors an advantage over their enemies.
$54.00 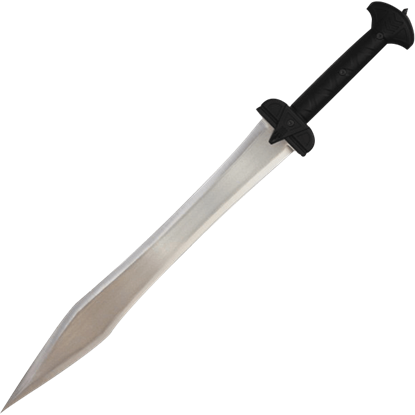 Item # NP-K-1915-CH
You have not forgot those who have fallen before you. You proudly carry with you the Silver Blade Tactical Gladius Sword, no matter what you face. Display this decorative, tactical-style sword in your home decor or office space.
$40.50 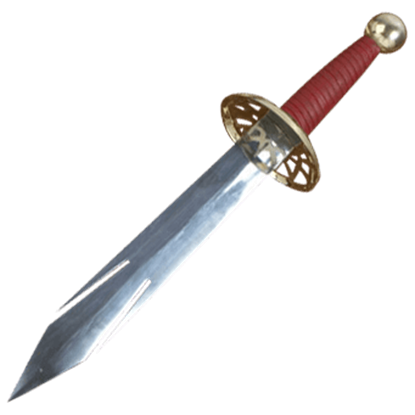 Item # AH-2003
This Spartacus Sword is a variant of the classic gladiator weapon, the dolch. This blade is stylized and more ornate, befitting the name of Spartacus, who was one of the most famous gladiators and rebels to ever challenge Romes authority.
$180.00 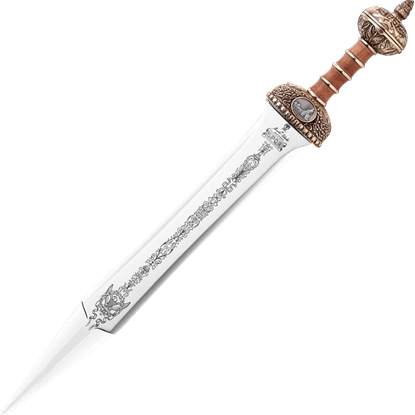 Item # 501453
Julius Caesar is probably the best-known ruler of Rome to this day. Take on his long-lasting legacy and power by getting the Sword of Julius Caesar. This fantastic sword will look great as a display piece or a costume accessory.
$299.00