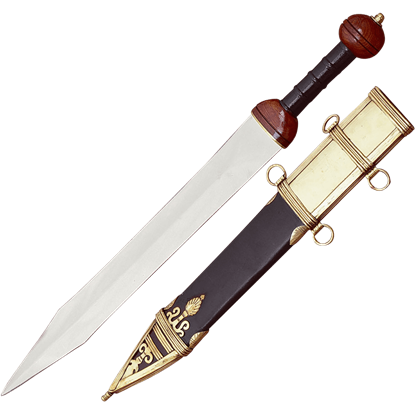 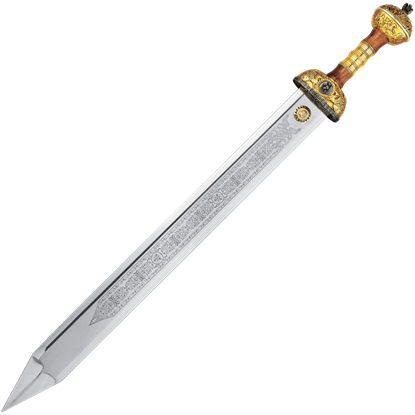 Item # SG212
The great Julius Caesar, head of the Roman Empire, left his mark in history as a military leader and an Emperor. The Julius Caesar Sword, with its Roman styling, is a reminder of the power and prestige of the great Roman Empire.
$178.95 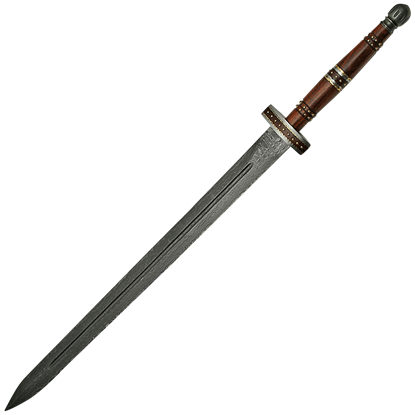 Item # ZS-DM-5016
Inspired by the gladius carried by Roman soldiers, this Imperial Damascus Sword offers a two-handed sword option for display, reenactment, or cosplay use. This fantasy Damascus sword features inlaid accents on the guard and handle.
$169.90 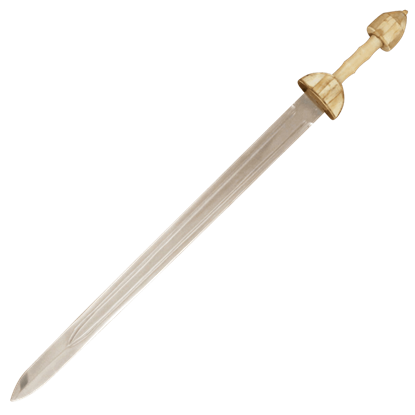 Item # AH-2001
Similar in design to the gladius, the spatha was a straight sword favored by Roman heavy infantry units. This Late Roman Sword is an ornate spatha design, featuring long, straight edges that culminate into a vicious, angular point.
$207.85 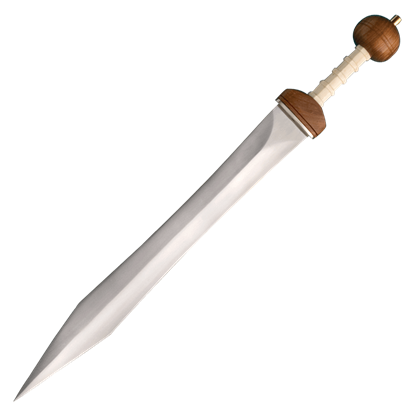 Item # 500360
The early Gladius (our version is the Maintz pattern) was wasp waisted with a long point that combined cutting power and stabbing ability in one handy weapon. This is the sword that helped the Romans conquer most of the known world.
$270.00 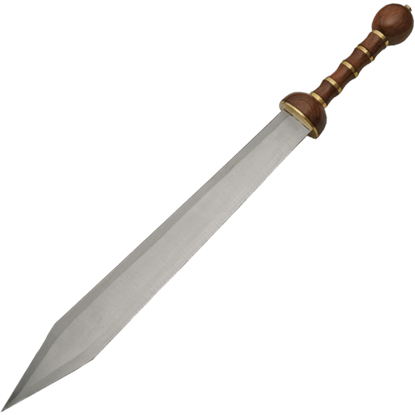 Item # ZS-901123
Renowned for its versatility and its potential, the gladius has remained a popular sword, even to this day. This Mainz-Fulham Gladius shows why it had such potential, as this design recreates the thrusting and cutting form of this sword.
$59.90 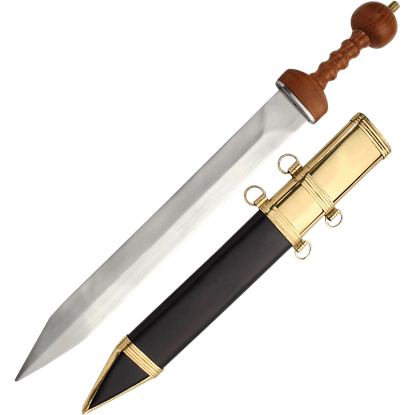 Item # 500598
The Pompeii Gladius Roman Sword is based on the swords that once conquered most of the known world. This high carbon steel blade features a beautiful wooden handle and pommel and is modeled after actual historic artifacts.
$270.00 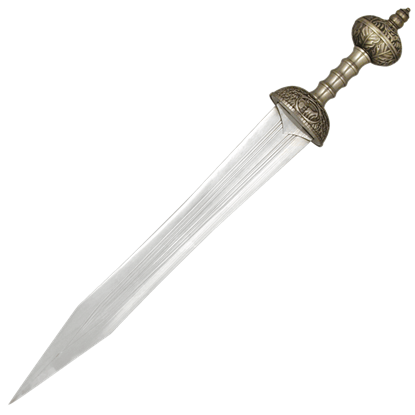 Item # MC-C-87
For many years, the Roman Battle Gladius was the Roman sword of choice. It was featured not only in their military tactics but also was the most efficient sword of their era, used for personal defense and for games in their Coliseum.
$122.00 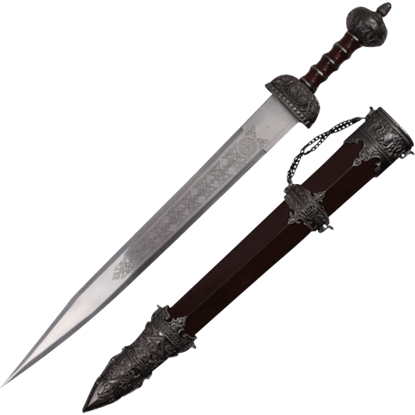 Item # NP-L-708
Fans of Roman history or highly detailed swords should make sure to check out the Roman Centurion Gladius with Scabbard. Add it to your home decor or office space. This sword makes a great addition to any weaponry collection as well.
$79.90 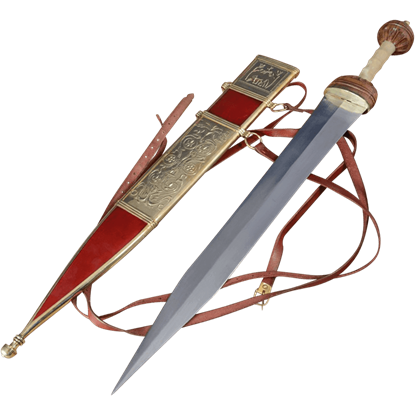 Item # AH-2007
The gladius is the iconic sword of ancient Roman foot soldiers, and to this day it still inspires the feeling of bravery and victory that it did thousands of years ago. Now, you can evoke that same feeling with the Roman Fulham Gladius.
$235.57 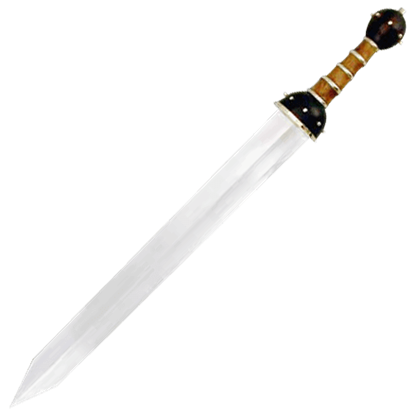 Item # ED2010
Warrior, before you head into battle for the empire, make sure that you take a blade like the Roman Gladius Sword with you.
$428.00 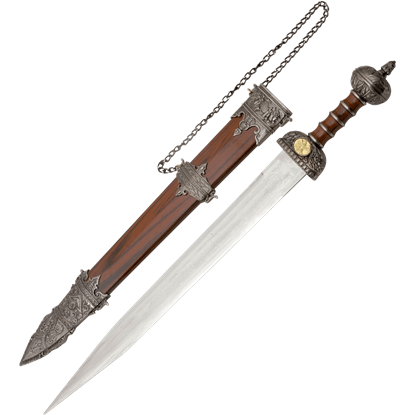 Item # ZS-926625
This Roman Gladius Sword has a 31 inch overall length with a blade length of 23 inches. The blade of the Roman sword is unsharpened stainless steel. The handle is simulated wood finish with cast metal spacers for an authentic look.
$95.90