One of the most popular magical creatures, dragons decorate many things, including this fantastic selection of dragon swords. We carry both functional and decorative swords. They come in a variety of materials, such as stainless steel and high carbon steel. Also, they feature a variety of styles. These styles include katanas and fantasy style short swords among others. In addition, many of the swords have a dragon decorating the handle. Some of them continue the dragon theme onto the blade. If you are searching for an amazing sword, take a look here. We have multiple options for you to choose from. Stop by and browse this awesome selection. 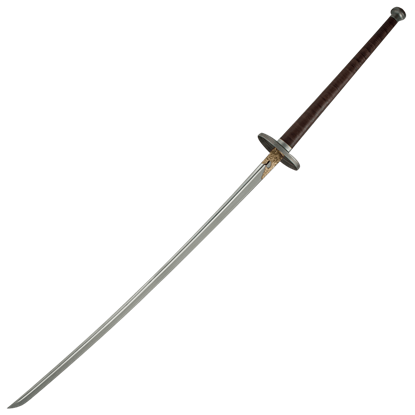 Item # SD11190
The Miao Dao, or sprout saber, arose in the 20th century, its name referencing the resemblance between the blade shape and a newly sprouted plant. The Dragon Head Miao Dao is a modern adaptation of this Chinese sword.
$554.00 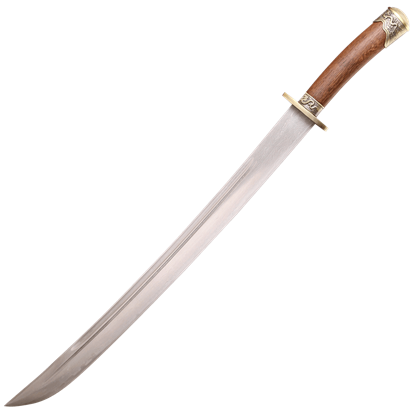 Item # MC-SW-258
One of Chinas four major weapons, the Dao is a sword no practitioner of martial arts should be unfamiliar with. The Qing Dynasty Dragon Dao features a hand-forged Damascus carbon steel blade.
$184.00 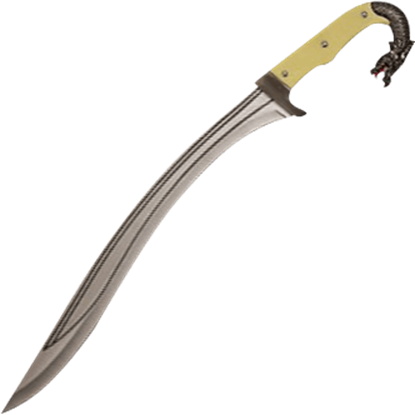 Item # NP-L-9309-YL
Like the kopis and the kukri, the falcata blade is a derivative of early sickle-swords, which were used in Iron Age rituals. The Yellow Dragon Falcata and Dagger Set features this curved blade style in a new, dragon fantasy theme!
$53.00 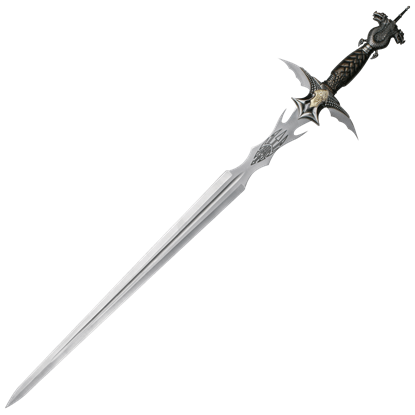 Item # MC-HK-26078
As intriguing as it is deadly, the Dragon Evolution Sword is a sight to behold. The unique blade melds perfectly with a highly detailed hilt to form a weapon that emulates the strength and evolution of dragon-kind perfectly.
$70.00 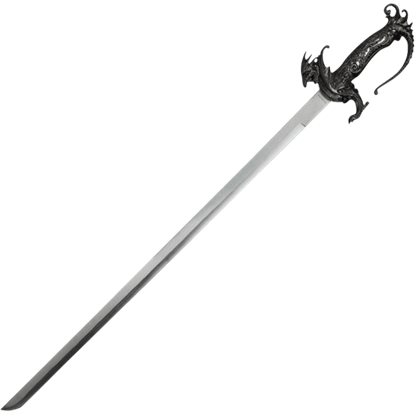 Item # NP-K-2626
A mighty dragon once plagued a town, preying on its children until the knight Saint George defeated the beast. The Saint George Dragon Saber is inspired by this medieval myth, featuring dragons on its sheath and a dragon shaped hilt.
$43.90 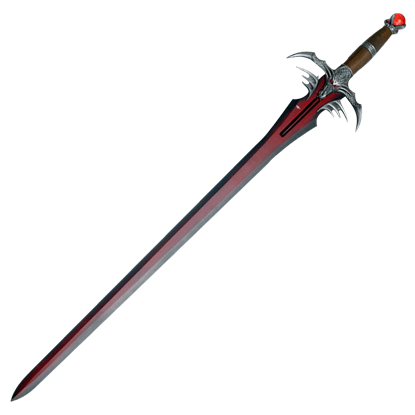 Item # MC-SW-795R
Prepare to taste dragon-steel, fiend! Stylized with great ornamentation and yet still wickedly effective, this Red Dragons Battle Sword is the blade of a dragon knight, ready to enter battle and fight like a fearsome dragon.
$96.00